The Southern Right Whale is a baleen whale, which means that instead of teeth it has long plates hanging from the top jaw. These baleens work like a sieve when the whale feeds.

The Southern Right Whale was so named during the time when they were still hunted. They were referred to as the "right" whales to kill because they would float when dead which made it easy for the whalers to find them in the ocean and transport them back to the whaling station. These whales have a large amount of oil (also called blubber) and baleen. 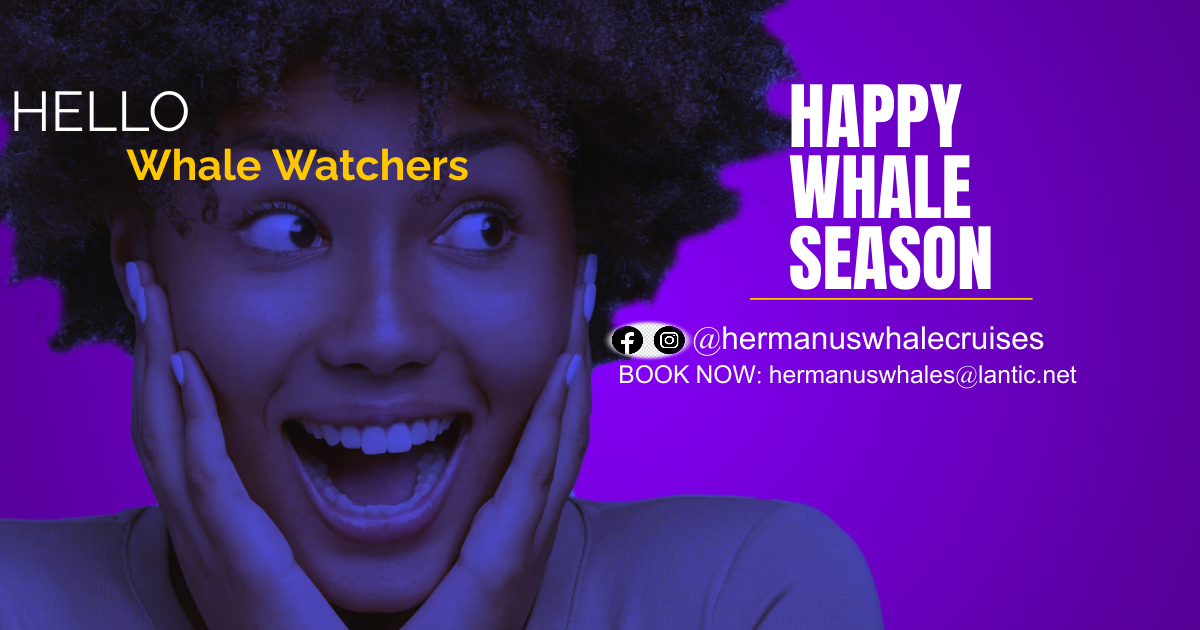 The Southern Right differs from most other whales in the following ways:

- It has no dorsal fin on its back
- When it breathes out there is a V-shaped cloud above the water
- Presence of callosities on its head. These callosities are white warts or rough skin patches on which little creatures, called whale lice, are attached. These markings enable whale experts to individually identify the whales

The Southern Right Whale is a migratory mammal. They spend one season in one place and the rest of the year in another, and travel long distances inbetween these seasons. In summer (December through May), they are in the cold polar regions of the Southern Hemisphere where food (mainly krill) is present and plentiful. Winters (June through November) are spent around the shallow coastal waters of Southern Africa, South America and Australia.

The shallow, sandy-bottomed and sheltered bays of our coastline are perfect for mating, calving, nursing their young and resting.

One female will mate with a number of males. There can be even up to 8 males at a time trying to mate with one female. During mating, there is a lot of activity on the surface (splashing, pushing, shoving, large and frequent blows). The male producing the most sperm is probably the father of the calf. This mating strategy is known as sperm competition.

Females usually have one calf every three years. Gestation (pregnancy) is about 13 months. Most calves are born during August. They have an average length of 6.1 metres (20 feet). They suckle for 4 to 8 months and drink up to 600 litres of milk per day growing 3 cm (1.2 inch) per day. The mothers apparently do not feed during this time but live on the blubber they store up during the summer feeding season closer to Antarctica.

After the mating and calving season ends (November / December), the Southern Right Whales move South. By April they are between 50 and 55 degrees South (2000 kilometres or 1300 miles South of Cape Town) where they then feed.

Females measure about 13.9m and males are generally slightly smaller, with the average weight estimated at 41 tons. They have a life expectancy of about 50 years.

Their favourite food is small animals called copepods (a plankton crustacean) of which they consume up to 600kg per day.

Their only long-term bonds are between mother and calf.

Their number grows by about 7% every year, which means that their population doubles every 10 years. The number of Southern Right Whales should be back to what it used to be by 2040.